Communication between Python and PLC through TCP

I’ve got the following PLC programme: 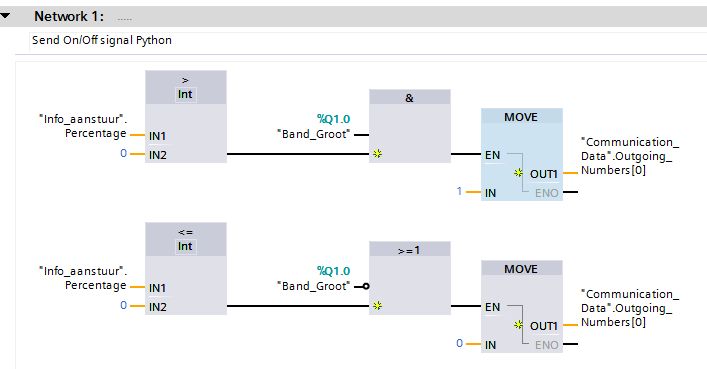 Which is communicating with this Python code:

Now, the first time start the programme, when the starting signal is (0/ band off), I receive data which has a length of 6 bits (as expected).

However, the second time around I receive 24 bits: When start the programme, when the starting signal is (1/ band on), I receive data which has a length of 6 bits (as expected).

However, when i turn it of it starts to range between 30 and 24. 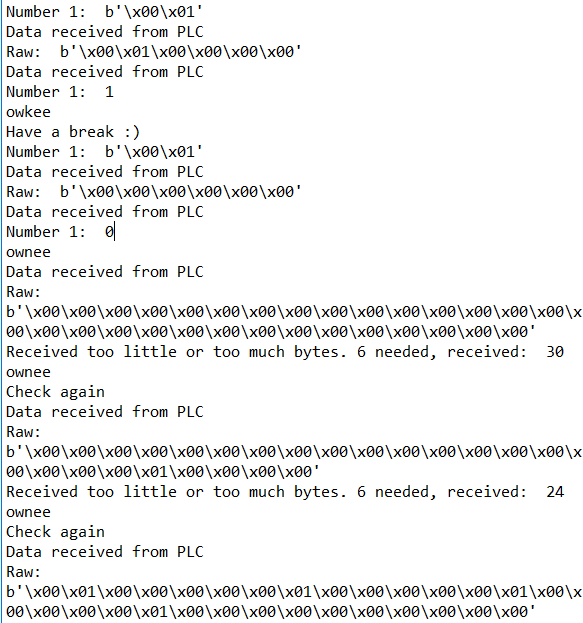 I think that the problem is that the PLC is sending data more often then your script is checking for it. Therefor there are more than 6 bytes in the receive buffer.

then the “data” variable will only have the last six received bytes.

Does this solve the problem?