I have a stationary Glue needle that i want my component to run near. I need to construct a “tool” path with the UR but i do not know the best approach. I have tried setting up a CAM/CAD solution using Inventor but I can not seem to get that to work. Does someone have an idea, to approach this problem?

Do you have many different products? Do you have to automate the creation of the toolpath?
Of not the best method is to create a toolpath by combining a series of linear an circulair movements manually.

Hello Roel, You understand correctly although it is not a glue gun but a small needle. We have three different products, i can hard code the three paths. But i also don’t want to make a thousand waypoints per component. I called a UR distributor and they told me to use a MoveP command.

Is the desired glue path 2D?

You could also use movel (straight lines) and movec (circles).
If you can divide your desired toolpath in to basic shapes there is no need for “a thousands waypoints”

Indeed 2 of my three components are dividable in basic shapes, but one is a bit hard: 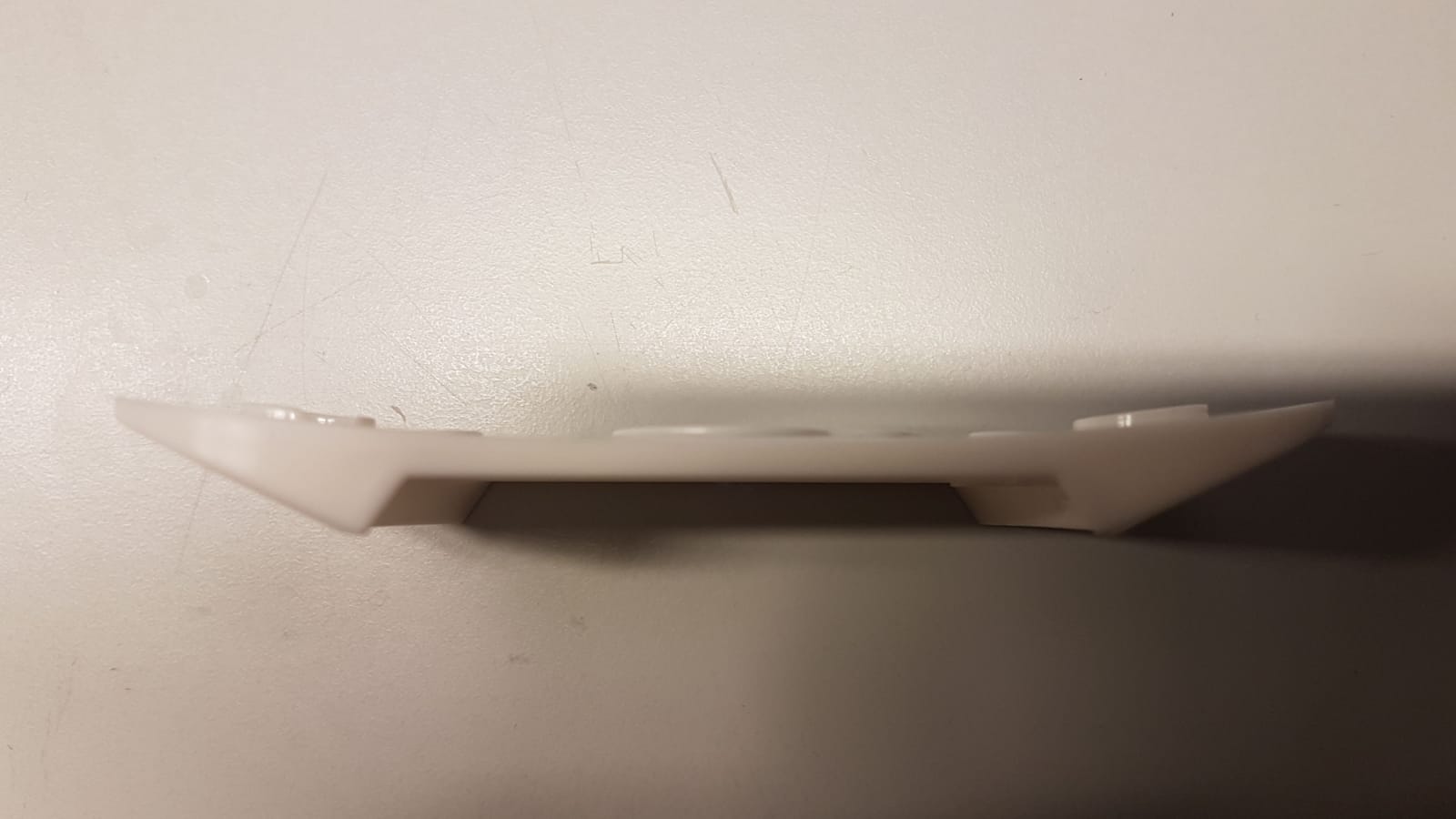 As you can see there is a bend along with a circular movement on each end. Do you maybe have an idea to approach this problem?

I have a suggestion for a different way that could also get you the required result.

As far as I know in the UR software it is possible to define a tool center point for the robot to move around. This enables you to move relative to this point in space, also in rotation. With this you can move the robot in a curve by defining one point in space and using one (or more) rotation(s). This concept can be seen in the image below. 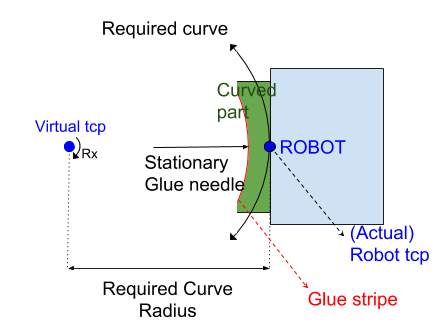 By changing the position of the virtual tcp you can get a different curve. You could even combine two curves by using a loop that switches the tcp’s and does small steps(rotations) each iteration.

Im not sure if this is the simpelest method but maybe it helps.

The picture explains a lot. That part is indeed quite a challenge to route with the basic options that the UR script offers.
May i ask why you cant use ROS? It seems like a really good use case for it.

Thank you Pieter for the response!

ROS would be perfect, but because I have never worked with it and have a limited time span, I can’t switch to ROS.

Thank you both for the responses, I hope i can use this solution.